The 'Rolling In The Deep' singer headed to see the Take That man during a day out in Los Angeles.

The 'Someone Like You' singer was captured shielding her face from photographers in images obtained by Pacific Coast News with her charity working beau by her side.

The 'Rumour Has It' star has spent much of the year in the US after making her first public appearance since giving birth at the Golden Globes last month.

Last weekend, the singer was also in attendance for the Grammy Awards 2013 – where she picked up her ninth all time prize for Best Pop Solo Performance with 'Set Fire To The Rain'.

Adele and Robbie are great friends and were rumoured to planning a ghost hunting weekend together after it was revealed the female star's Surrey mansion was haunted. 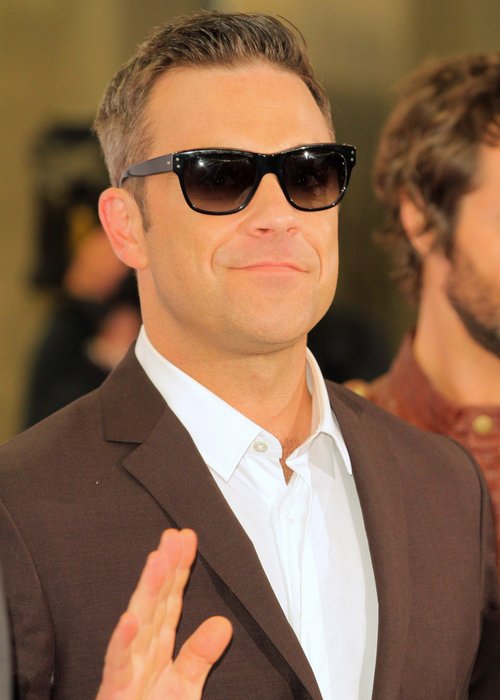 Meanwhile, the singer has come out in defence of Chris Brown this week after she was seen seemingly confronting the star at the Grammys.

She insisted that the image was simply the pair complimenting one another, which drew praise from the R&B star for revealing the truth.