The 'Someone Like You' star is being lined up for a surprise team up with the Black Sabbath man.

Ozzy Osbourne wants to record with Adele calling a possible duet between the pair something which would let him "die happy'.

The 'Rolling In The Deep' star had praise heaped on her from the legendary rocker – who also praised her ability to avoid the celebrity status.

"She's a normal, healthy girl who speaks in her native accent."

Adele is currently spending time away from the spotlight since her big win at the Oscars 2013 – where she picked up Best Original Song for her James Bond theme 'Skyfall'. 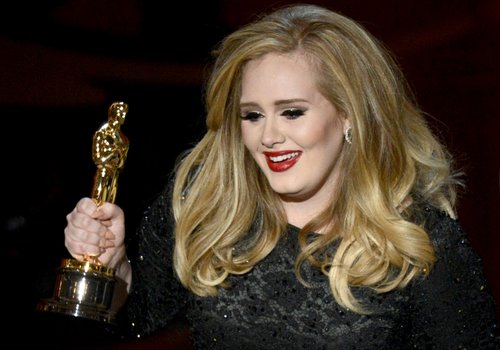 She celebrated becoming a mother for the first time towards the end of 2012 and is said to be busy working on her third studio album.

It has also recently been reported that the star is planning on making a move to Los Angeles to bring up her son and will share her time between the US and UK.