Has Adele Secretly MARRIED Simon Konecki?! She’s Got A New Ring On That Finger!

It looks like congratulations might be in order for Adele and Simon Konecki after the singer was spotted with a new ring on her wedding finger while running errands this week!

Adele normally wears a sparkly band on her left hand, but fans spotted that she had swapped it for a plain gold ring, suggesting she and Simon may have secretly tied the knot. 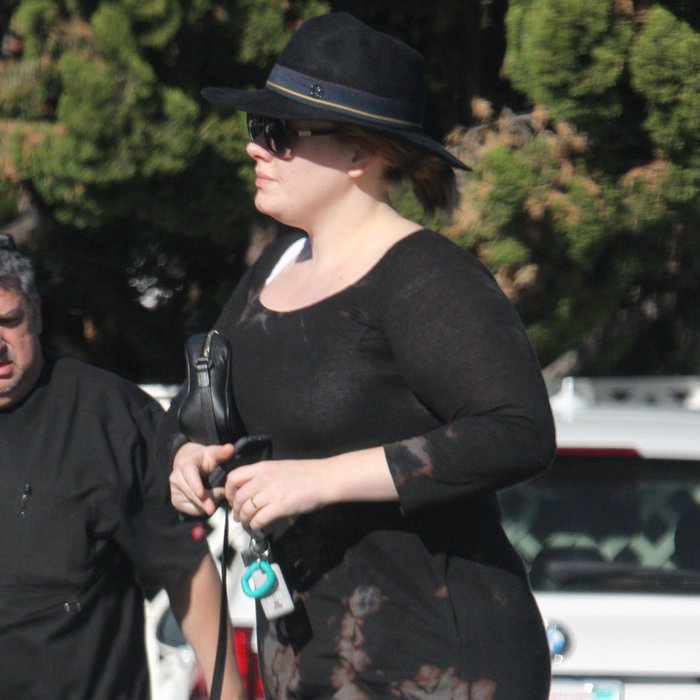 The ring was spotted as she did a spot of shopping in Los Angeles, and fans were quick to hit the star up on Twitter to ask whether she’d got married to her long-term partner, Simon.

If @Adele has secretly got married I bet her hen do was a right laugh. She'd be more than welcome on mine! Seems up for a good laugh!

Hey @Adele are you married or no?

The couple have been together for five years and have a son, four-year-old Angelo, together and were said to be planning a private ceremony during the school holidays so Simon’s daughter from his previous marriage could be included in the wedding.

A source close to the couple previously told The Mirror, “The plan is to marry in LA. The wedding will be in one of the school holidays so Simon's daughter can attend.

“It's looking like it will be Christmas, but they want to keep details under wraps. Adele is not even wearing her engagement ring. They’re a private couple and only want their nearest and dearest there.”