The 'Someone Like You' singer is said to have tied the knot in secret recently.

Adele has once again been caught up in secret wedding rumours after a fan claimed to have caught a picture of the singer backstage at a Robbie Williams concert wearing two rings.

The 'Rolling In The Deep' star has previously taken to Twitter to deny the stories when they first surfaced last August.

However, a Twitter hoax has been revealed to be the cause of the blame for the image of the singer and the latest set of rumours.

Adele and boyfriend Simon Konecki also welcomed their first child together last year with the first picture of her baby boy only surfacing last month.

The private couple have continued to keep their personal lives out of the limelight with the singer also said to be busy working on her new album and the follow up to '21'.

Check out the picture of Adele with the two rings posted on Twitter below: (Picture:INF) 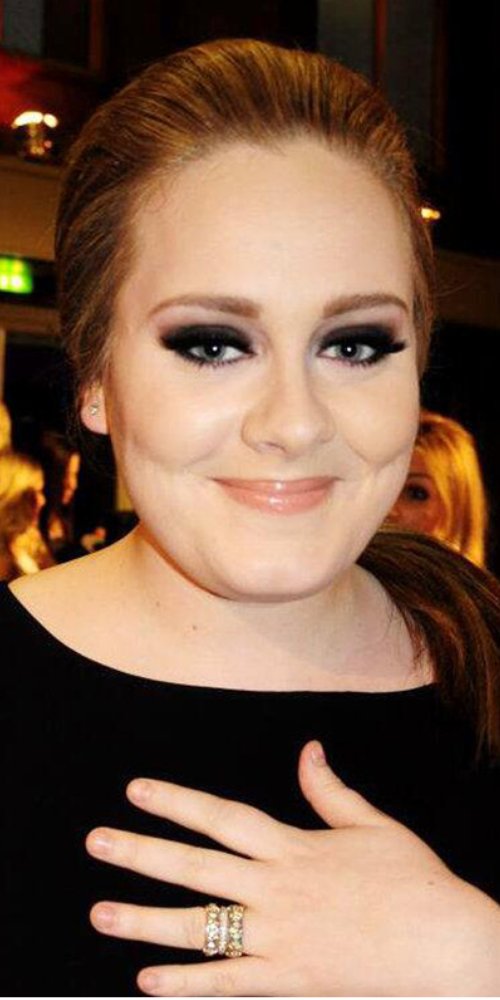 The star also recently broke her Twitter silence as she posted a picture of herself with magician David Blaine following a chance meeting with the illusionist.

A waxwork of the British star was also last week unveiled in the Madame Tussauds museum in London.