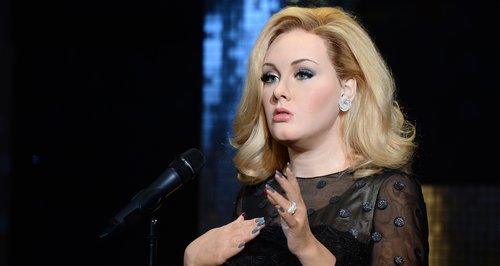 The 'Someone Like You' singer is seen in the same outfit as she performed at the Grammy Awards 2012 in.

The 'Rolling In The Deep' singer will join the likes of fellow 2013 additions One Direction in the famous tourist attraction in London.

The same model will also be used in the Amsterdam branch, and the British star was overwhelmed with the result.

"That's scary! It's amazing - I feel a bit emotional," she said upon the reveal. "They've even got my chin right."

"Adele is quite simply one of the world's most successful, celebrated and popular performers and rightly deserves a place here at Madame Tussauds London," revealed PR Manager of the museum Nicole Fenner. 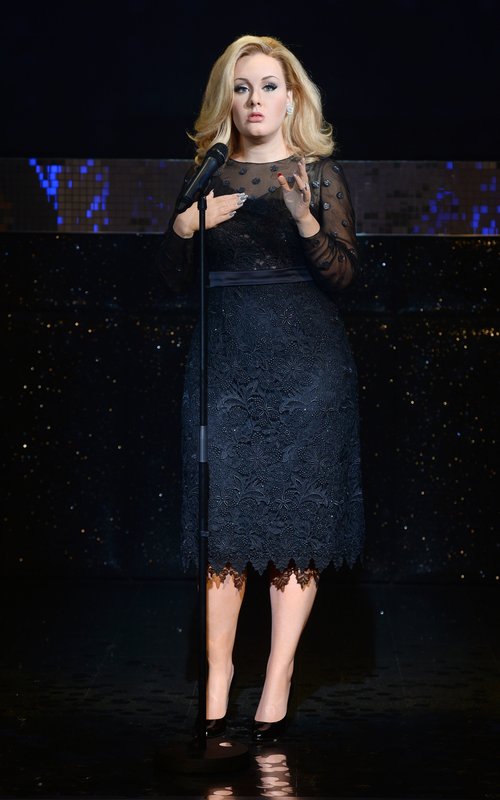 "We are delighted to honour her here today - and in Amsterdam too - and we know guests will flock to stand on stage next to her. We wanted to replicate her as a dynamic performer and hopefully we've achieved that.

Meanwhile, Adele was recently pictured for the first time with her baby son Angelo as the family headed for a day out in New York.