If You Do One Thing Today, Make Sure You See Jim Carrey's Response To Adele's Halloween Costume

'The Truman Show'. 'Dumb and Dumber'. 'Bruce Almighty'. They're all pretty prolific movies in Jim Carrey's career, but none more so than that green-faced, yellow-suit-wearing, smokin' Mask. So it only makes sense that one of today's most awarded singers, Adele, would dress as The Mask for Halloween.

While in Dallas, Texas, the 'Someone Like You' vocalist wore the world's greatest facial prosthetics anyone could ever see, and the Golden Globe Award-winning thespian responded in a way only he could...

By wearing prosthetics that weren't a zillionth as good as Adele's, to be fair.

Hi @Adele. It's Jim from the other side. Weird coincidence, I dressed up as one of your roadies for Halloween. I absolutely love you. ;^* pic.twitter.com/xE8M6vaSWP

The 54-year old actor took to Twitter to praise her effort on Halloween, by - wrongly - quoting her Big Top 40 number one, 'Hello', saying: "Hi @Adele. It's Jim from the other side." We'll ignore the fact he didn't say 'hello', simply because 'The Grinch' is such a good film.

While wearing a dodgy hat, some of his aunt's glasses and the wonkiest false teeth going, Jim Carrey went on to say "Weird coincidence, I dressed up as one of your roadies for Halloween. I absolutely love you."

Now all we need is for Margot Robbie to direct Tweet "I absolutely love you" to every single person who went as Harley Quinn this year, and the great circle of life is restored once more. 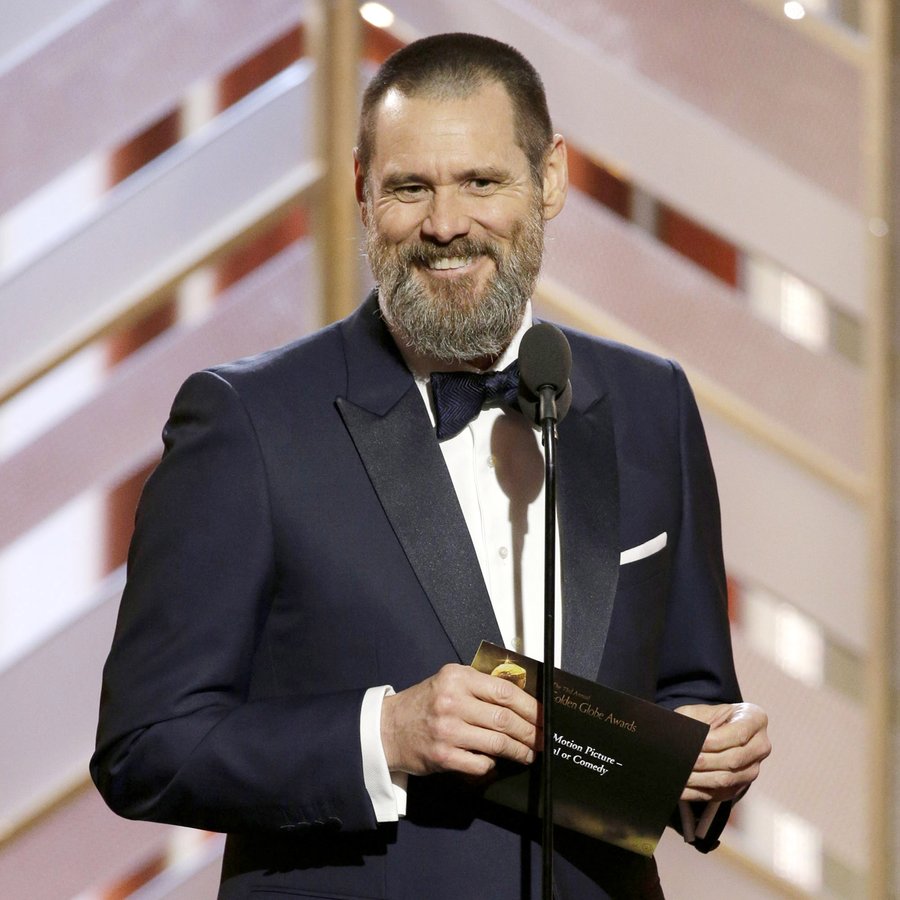