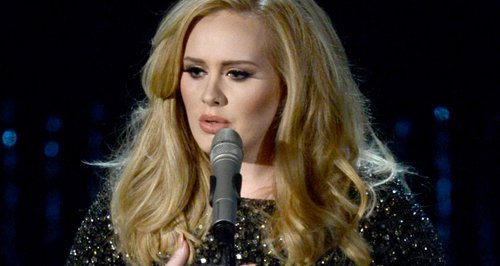 The 'Rolling In The Deep' singer has yet to decide whether she will record the next theme in the franchise.

Adele is reportedly being courted by movie executives to return for the next James Bond film to record the film's theme song.

The 'Someone Like You' star scored a huge hit with the theme for 'Skyfall', reaching number one on the Vodafone Big Top 40, but is said to be making executives "sweat" while she decides whether to return for the 24th Bond film.

"The chiefs here have made their feelings know not Adele that they want her back for the next film," a source told The Sun this week. "Daniel has also made it clear he loved Adele and wants her back.

"But she has not responded, which is making them sweat," they added.

Adele is currently working on material for her third studio album, fresh from reports she is planning a Prince collaboration for the record.