An Adele Comeback Is Coming – And It Could Start With An X Factor Performance! 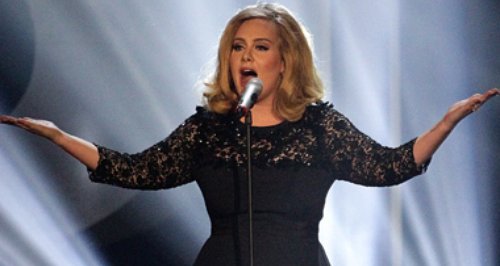 Adele has been out of the limelight for WAY too long – but we could be hearing her comeback single pretty soon!

It feel like forever since we had Adele’s dulcet tones in our ears with a new single – but there will be one coming very soon!

X Factor bosses are reportedly desperate to get Adele to debut her comeback single on the show and are in in talks to dedicate a whole week to her songs.

A source told The Daily Star, “She watches the show religiously. Producers are well aware she doesn’t need the promotion. Her third album is a guaranteed success.”

“Normally pop stars enjoy a huge boost after appearing on the show, but the X Factor would be the real winners. She would probably give the show its highest ratings. The gig is hers if she wants it, and she seems very keen.”

Adele fans are eagerly awaiting new music from the notoriously private star – she recently dropped some hints on Twitter that her new album may be called ‘25’ in keeping with her previous albums ’18’ and ’21’.

Adele has set herself a massive figure for the new album to live up to – ’21’ sold almost 30 million copies worldwide – but it IS vocal powerhouse Adele we are talking about!