The 'Someone Like You' star is reportedly looking to add to her art collection with a pair of rare prints.

Adele has reportedly splashed out thousands on a pair of Andy Warhol prints for her new home.

The 'Rolling In The Deep' star is apparently a huge fan of the artist and also eying up work by the likes of Damien Hirst and Banksy.

"Adele and her partner Simon Konecki had the pair of prints delivered to their house in the past month," a source told The Sun. "They're Warhol fans and the butterfly works are a good investment as well.

The insider continued: "The couple are hoping to get more contemporary art for the walls to add to their collection, including paintings by Damien Hirst and Banksy.

Last week it was claimed that the star had also bought an array of classic arcade games for her home, but the Andy Warhol prints will take "pride of place" in the living room. 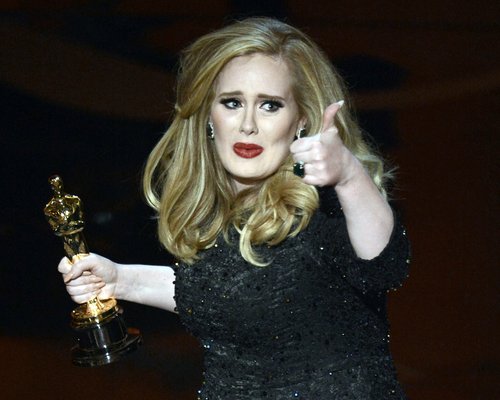 "The Warhols have already been hung in pride of place on the walls of the living room at the huge house," added the source. "Adele has been kitting out the place now they are back from LA with baby Angelo."

Adele and Simon became parents back in October and were recently rumoured to be plotting a move to Los Angeles to raise their son.

The singer is also said to be working on her new studio album and the follow-up to 2011's huge selling '21'.