The 'Set Fire To The Rain' singer's second studio album has just spent its 118th week in the top 40.

Adele's album '21' is near to breaking the Nielsen SoundScan era record for the most weeks spent in the top 40 chart.

The 'Rolling In The Deep' stars album has just spent its 118th consecutive week in the top 40 on the Billboard 200 chart.

The record for the longest-running album in the top 40 is currently held by Shania Twain's third studio album 'Come On Over', which spent 127 consecutive weeks in the top 40.

In total, the album spent 151 weeks in the chart. 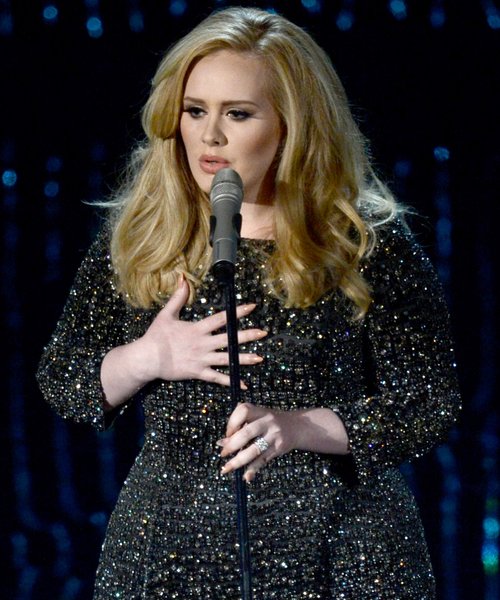 The 'Set Fire To The Rain' singer's second studio album joins the likes of Lady Gaga's 'The Fame' and Taylor Swift's self-titled debut album in the list of only eight albums that have managed to spend 100 or more weeks in the top 40 since SoundScan began powering the Billboard 200 chart in 1991.

Meanwhile Adele is rumoured to have finished recording four songs for her third studio album.