Check out Calum, Ashton, Mikey and Luke in action in their NEXT new smash.

5 Seconds Of Summer are the gift that keeps on giving right now… they’ve just dropped another AMAZING new track on us!

The 5SOS boys are gearing up for the launch of their second album, and have released ‘Jet Black Heart’ as a promotional single for fans who pre-order ‘Sounds Good Feels Good’. And (obvs) it’s kinda awesome!

Michael, Calum, Luke and Ashton revealed the track last night, which is a slower number than we’re used to from those Aussie rockers. Hit play below for a sneaky listen:

hope you guys love Jet Black Heart ! pre-order #SGFG on @iTunes http://t.co/S1FXE8DoK8 if you wanna get the song NOW https://t.co/BhCtqBaunr 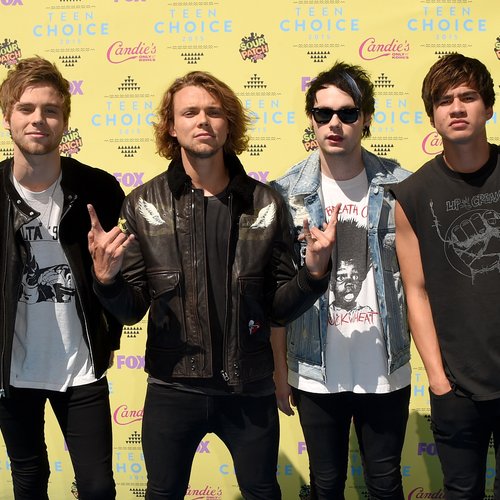 “I hope you guys love ‘Jet Black Heart’. It’s probably the song I’m most proud of us ever releasing,” Micahel Clifford tweeted.

I hope you guys love Jet Black Heart. it's probably the song I'm most proud of us ever releasing pic.twitter.com/XdD4OLEK5M

I've got a Jet black heart.

5 Seconds Of Summer officially release their new album on 23rd October and you can pre-order it here.

QUIZ: How Well Do You Know 5SOS?