5SOS Are MORE Than Ready To Rock iTunes Festival 2014... Hear What They Have In Store! 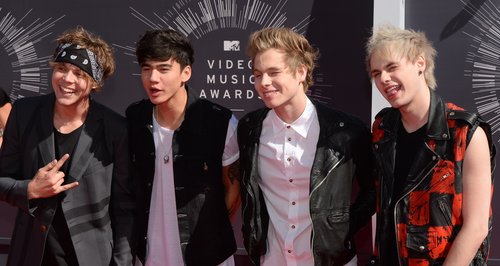 The 'Amnesia' four-piece chat to us ahead of tonight's HUGE performance at the Camden Roundhouse.

5SOS are VERY excited to play iTunes Festival 2014 this evening (4th September)… and they want fans to make sure they bring the energy!

The 'Don't Stop' four-piece hit the Camden Roundhouse tonight for their iTunes Festival debut, and they've been chatting to Capital exclusively ahead of the big show about how much it means to them to play the month-long music event.

When we first came over to England about two-and-a-half years ago, it was the first day and we went and saw Muse play at the Roundhouse for iTunes Festival," 5SOS' Calum Hood told Capital's showbiz reporter Kevin Hughes. "So it was kind of our first introduction to England on the gig scene."

The boys are back in the UK this week, after a visit to Capital where they got to play with five adorable kittens, and are now more than ready to put on an incredible show for all of the #5SOSFam.

> WATCH: 5SOS Playing With Kittens. What's Not To Like?

"If it's got our fans it's going to be awesome. We just want to put on a good show for them," Luke Hemmings explained, while Calum added. "We don't over think it, hopefully the fans come with the energy. It's going to be wicked!"

Today's gonna be massive, I might cry at some point, let's do it

> 13 Pics That Prove The 5SOS Boys CANNOT Keep Their Clothes On!

Are you excited for 5 Seconds Of Summer's debut at iTunes Festival 2014 tonight? Which songs do you want to hear from the 5SOS boys? Sound off in the comments below: